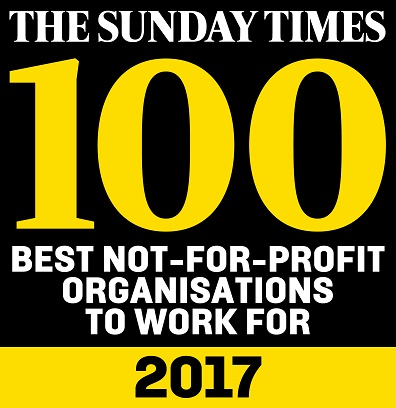 Exeter College has been named as one of the best places to work in the UK, according to The Sunday Times.

The College is one of only six organisations with more than 1,000 employees and the only further education college in Englandto be ranked in the Top 100. The award citation for the College highlighted that ‘staff say there is a strong sense of family’. Overall, the College is ranked in 77th place in the league table, which showcases the very best in workplace engagement across the whole of the country.

The accolade demonstrates Exeter College’s focus on people, with the College’s outstanding results a consequence of great people working with talented students, great employers and great partner schools. The College puts listening to staff and students at the heart of its mission and is a key part of its success.

The College has also been awarded a 1 Star accreditation from Best Companies, the employee engagement specialists. The accreditation is awarded to a select group of organisations that show ‘very good’ levels of workplace engagement. The double recognition is due to Exeter College achieving a high score on the Best Companies’ survey, which examined the ins-and-outs of workplace life at the College and how staff really perceive their work environment.

John Laramy, Exeter College Principal and Chief Executive, said “It is a real accolade for the College to be listed in the Times Best Companies to Work for 2017.  This recognition is the outcome of almost 600 individuals giving their confidential views of working at Exeter College.

“We realise that our staff are our greatest asset and our ambition is to be a Times Best Companies top 50 employer, so with a great team of staff supporting us we will continue to work towards this goal.  I’d like to thank each and every member of staff for their contribution to making Exeter College one of the very best colleges in our nation.”

The coveted award comes at an exceptional time for Exeter College, an Ofsted Outstanding College, during the last 12 months. Recent accolades include the College being placed in the top spot in a league table of colleges published by FE Week, an industry leading publication. The College was also awarded the City & Guilds ‘UK Centre of the Year’ award, and Exeter College’s exceptional Apprenticeship programme was recognised after winning the national Times Educational Supplement Apprenticeship Provision of the Year 2016 award.