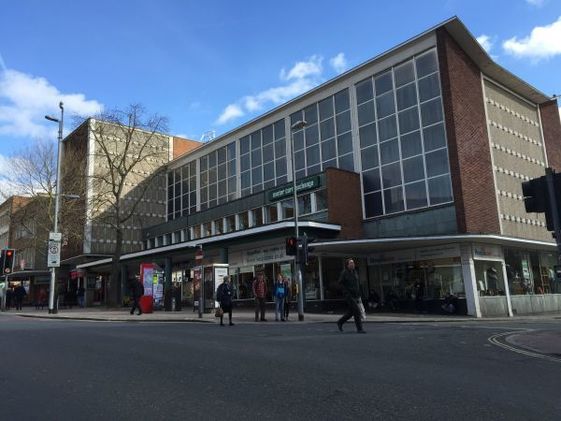 There is potential for a new entertainment venue in Exeter, a new report says, with the preferred location being on the current site of the Corn Exchange.

The report also highlights that Exeter is “punching above its weight”, with more innovative culture and greater strength and depth in the performing arts sector than other similar UK towns and cities.

However members of Exeter City Council’s Place Scrutiny Committee will be told on 9 November that funding a 1,200 seated venue – should it be decided to build one – would require substantial public subsidy and could not be funded entirely by public money.

The City Council commissioned Fourth Street to carry out an assessment to see if there was a need for a new entertainment venue in the city.

The company carried out a comprehensive study looking into key factors such as demand from Exeter and outlying areas, likely costs, potential venues and funding streams.

Informing the report, an advisory group was set up involving leading figures from a cross section of performing arts venues and organisations in and around Exeter.

The assessment explored a number of potential sites in the city centre but taking into account all considerations identified the Corn Exchange site as the preferred option.

The report recognises the potential of regeneration in and around the Corn Exchange site, a location supported by the public in an earlier consultation exercise, along with the benefits a new venue would have on the night-time economy.

Cllr Rosie Denham, Lead Councillor for City Transformation, said the next step would be to arrange a consultation exercise to inform members of the public and get people’s thoughts.

“I welcome this report and would like to thank the advisory group for their invaluable input. It is fantastic that Exeter’s strong performing arts sector has been recognised.

“The report makes it clear that there is an opportunity for a new entertainment venue in Exeter’s city centre with the preferred site being the Corn Exchange, which currently only has a capacity of 500. However new venues like this generally require substantial public subsidies and that is something we have to bear in mind.”

The report states that Arts Council England are unlikely to support a new venue if it is likely to be in direct competition with another ACE funded facility.

The Theatre for Exeter Group has been researching the feasibility of a large city centre venue since January 2013. Peter Goodwin, Chair of the group said the new report builds on the work over the last four years and recognises the demand for a large venue.

He said: “The group came about through public demand and we are pleased that we have been able to work with Fourth Street and share our findings. Although there is still a long way to go, this is an important step in identifying the need and exploring the options as to how it could be delivered.”

Members of the Place Scrutiny Committee will be asked to note progress and comment on findings of the needs assessment and set aside £5,000 for a public consultation exercise.