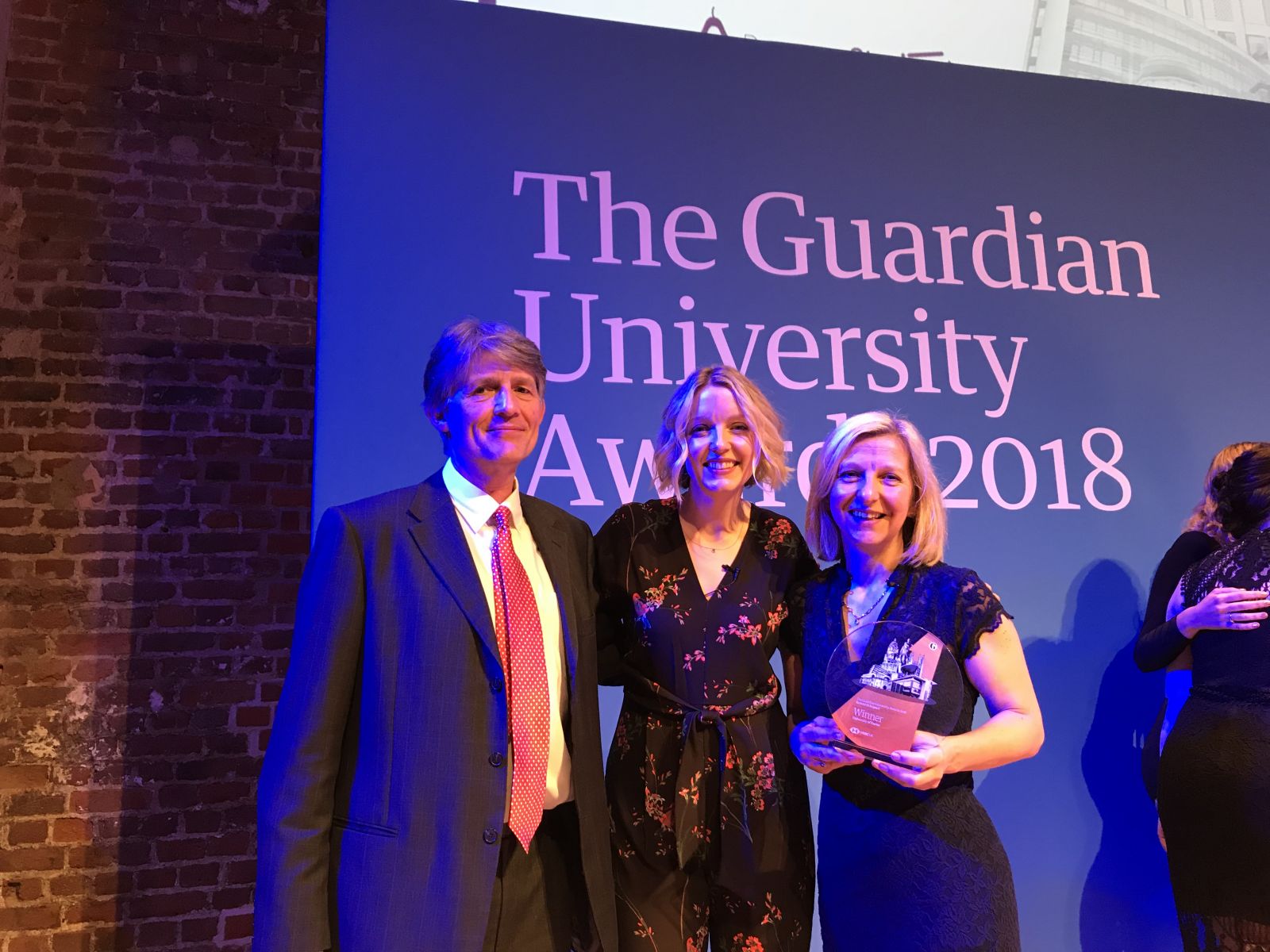 Research that revealed the devastating impact that microplastic pollution could have on the health of humans and wildlife has won a Guardian University Award.

A University of Exeter team led by Professor Tamara Galloway last night won the Research Impact category at a ceremony in London. The team was praised for work on the global impact of micro and nanoplastics – small plastic particles less than 1mm in length – which are increasingly contaminating the natural environment.

The team found that these particles are permeating the food chain of all creatures, including humans. They found that people with a seafood diet could swallow up to 11,000 pieces of plastic a year, having shown that an average serving of shellfish could contain about 50 plastic particles.

Professor Galloway said: “We’re so delighted to win this award, and I’m really pleased to see how our research is making a difference in this critical area. We’re seeing real momentum build up around public awareness of microplastic pollution, including the recent ban on their use in cosmetics. I’m proud that our research is helping to facilitate change and it’s gratifying to see an increase in how people consider their consumption of plastic more generally. We need to make better choices around both how we handle waste and the materials we use.”

Ingesting the tiny particles can prevent animals from consuming their natural prey, leading to starvation and death. These creatures also face the threat that this debris may be toxic.

The research has played a pivotal role in highlighting how widespread the dangerous debris, much of it non-degradable, has become. It played a leading role in shaping the worldwide blueprint for not only reducing the use of microbeads in cosmetics, but also directing a clarion call to tackle the modern “throwaway culture” which has led to vast floating islands of plastic waste plaguing many of the world’s oceans.

The risks to health posed by uncontrolled disposal of waste plastics has been recognised not only by the United Nations environment programme, but is also one of the G7 summit strategic development goals, which aims to reduce marine debris and microplastics by encouraging improvements to legislation, waste management and social education. The research also helped shape the government’s recent blueprint to improve the natural environment, A Green Future: Our 25 Year Plan to Improve the Environment.