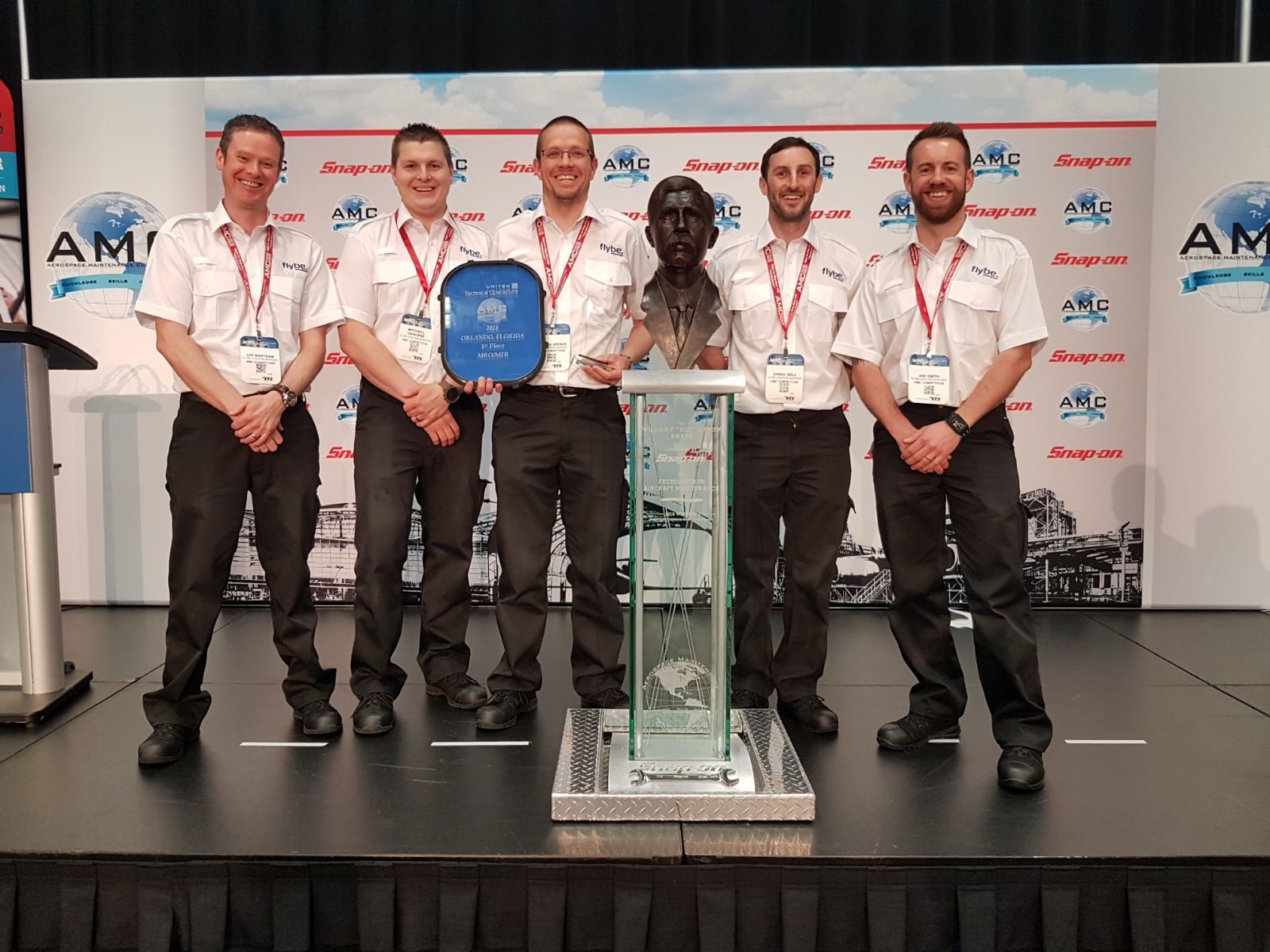 A six-strong team of talented engineers employed by Flybe, Europe’s largest regional airline, has returned home to Exeter from the US, triumphant having retained a top award won last year, and placing third overall in the International Team category out of the largest ever field taking part in the annual 2018 Aviation Maintenance Competition in Florida.

The prestigious event that took place between 9-11th April, is regarded as the ‘MRO Olympics’ (Maintenance, Repair and Overhaul), incorporating both practical and theoretical tasks set to test skill and highlight technical prowess in aviation maintenance. This year, 72 teams took part from across the world, including those from such global giants as Boeing, United Airlines, Qantas, and the US Army and Airforce.

Christine Ourmieres-Widener, Flybe CEO, herself a qualified aircraft engineer, said: “We are all exceptionally proud of the great achievement of this local talented team of Flybe engineers. They have a true passion and their outstanding performance in triumphing over such a large number of teams from some incredibly respected global brands and organisations is testament to the skill they have so clearly demonstrated in their chosen profession.  That last year’s Team Leader has been so dedicated in mentoring the new 2018 team, and that one of this year’s team qualified through our own four-year Engineering Diploma in partnership with Exeter College, is the icing on the cake! They are all a credit to Flybe and typify the passion and commitment we have to excellence and teamwork in all we do across the company.”

Flybe Supervisor Mechanical and Team Coach, Luke Thomas, said the team did themselves and the company proud. “It demonstrated once again how our engineers can go toe to toe with the best in the world and still deliver. Their commitment and effort into training beforehand was obvious. The competition was harder this year with more tasks and there were 20 additional teams competing compared to last year.”

The Flybe team represented a wide spectrum of engineering experience, with some having been with Flybe for over ten years and others with just a short time under their belt. Mitchell is ‘home-grown’ having recently qualified as a fully licensed engineer through the airline’s four-year Engineering Diploma conducted in partnership with Exeter College.