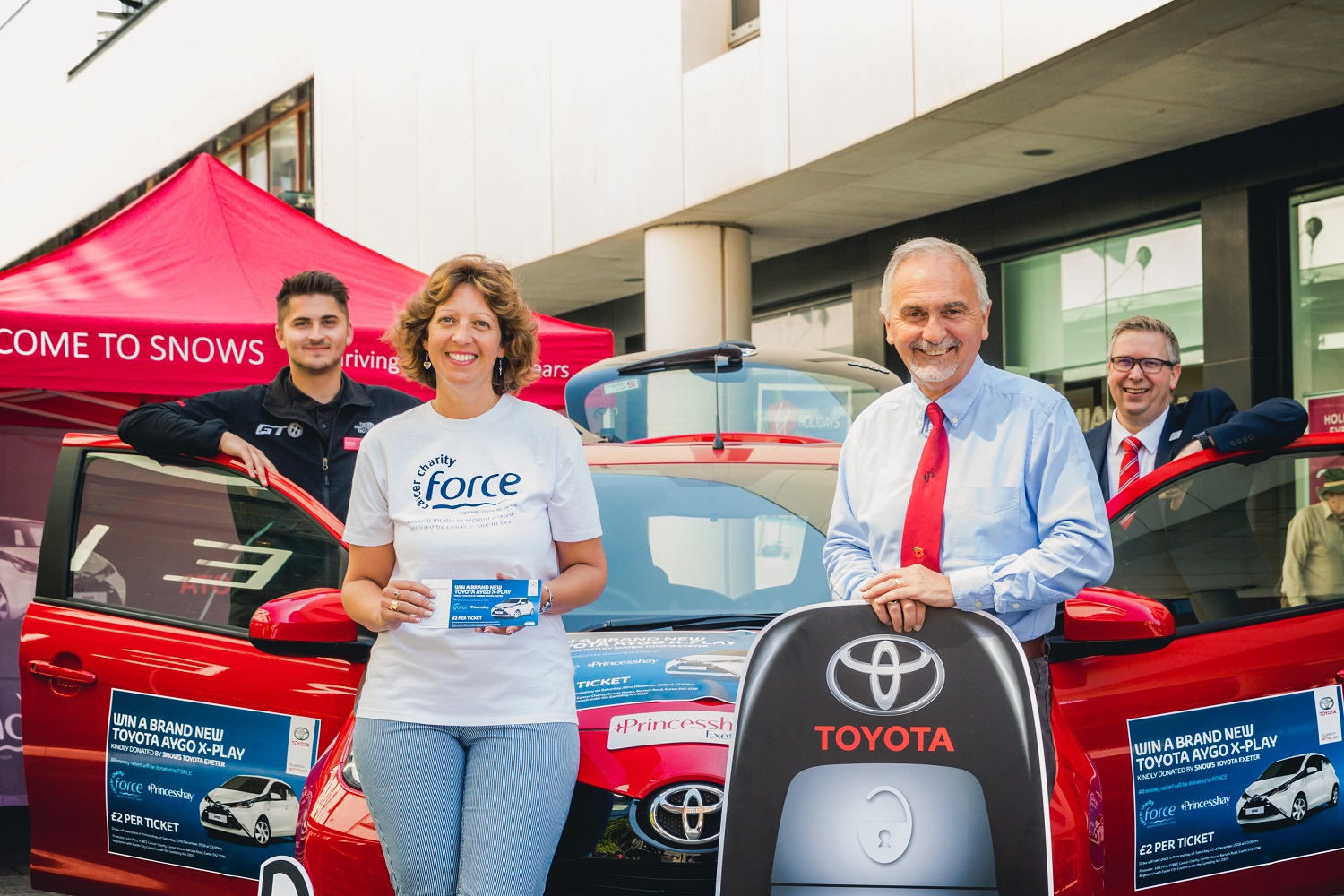 Princesshay has launched its charity car raffle to raise vital funds for its charity of the year, FORCE Cancer Charity, based in Exeter. Visitors to Princesshay will be able to purchase a raffle ticket to be in with a chance of winning a Toyota Aygo XPlay worth more than £10,500.

FORCE Cancer Charity offers face-to-face support for anyone locally affected by cancer and works to improve patient care by funding research and buying hi-tech equipment. The charity has raised more than £19 million to improve the quality of treatment and care available in Devon for cancer patients and their loved ones. FORCE receives no Government or NHS funding and needs to raise £1.7 million every year to maintain the services it offers, all of them free of charge. The work of FORCE relies entirely on voluntary donations and legacies, fundraising events, support from local businesses and income from its charity shop in Heavitree.

Princesshay Centre Director, Wayne Pearce said, “FORCE Cancer Charity is an amazing local charity and we look forward to working with the team throughout the year to help raise funds and awareness. We welcome visitors to Princesshay to get involved with the various charity events including the car raffle and cream tea taking place in July.”

Princesshay support FORCE Cancer Charity throughout the year involving them in headline events including planned summer dining events and the Christmas festivities in November and December.

Oly Watts, Fundraising Development Officer at FORCE Cancer Charity said: “We’re really grateful for the support of both Princesshay and Snows Toyota Exeter for giving us the opportunity to fundraise in the city centre and help spread awareness of the charity. FORCE Cancer Charity is reliant on the generosity of the public and local businesses. We work hard to offer the best possible support to anyone diagnosed with cancer alongside their family and friends.”

During 2017, Princesshay supported Children’s Hospice South West, helping to raise more than £17,000 through fundraising events throughout the year and a car raffle supported by Snows & Lexus Group in Exeter.